DynaTrace is an APM tool which has a generic capability to monitor Operating systems, network protocols, system metrics, network infrastructure, application etc . But there is no out of the box Dynatrace plugin or agent for BizTalk Server. This means that the user needs to install an open source plugin Fastpack (which has been updated a couple of years back but is not up to date with the latest BizTalk release) on all the BizTalk Servers running in the environment, along with some configuration changes at BizTalk host instances config file btsntsvc.exe.config.

BizTalk360 brings the integration with Dynatrace. If you are already using Dynatrace, then you can view the performance metrics of the BizTalk server environment as custom metrics across multiple dashboards within Dynatrace.

In this section we will take detailed look at :

How does BizTalk360 pushes the performance data to Dynatrace

In Dynatrace you have only 100 custom metrics available for free per environment. If you want to view more than 100 performance counters, then you need to purchase the custom metrics for the same from DynaTrace

By default, when you install/upgrade BizTalk360, the Dynatrace subservice (under Analytics Services) will be in the Paused state. You need to manually start this service after configuring the Dynatrace environment details in BizTalk360. This is an important step. Without performing this step, you will not be able to view the BizTalk360 analytics data in Dynatrace.

How to configure DynaTrace Environment details in BizTalk360

You will start seeing the analytical data of the mapped custom metrics in the dashboard.

Below are some of the important performance metrics you can see in your Dynatrace dashboard. 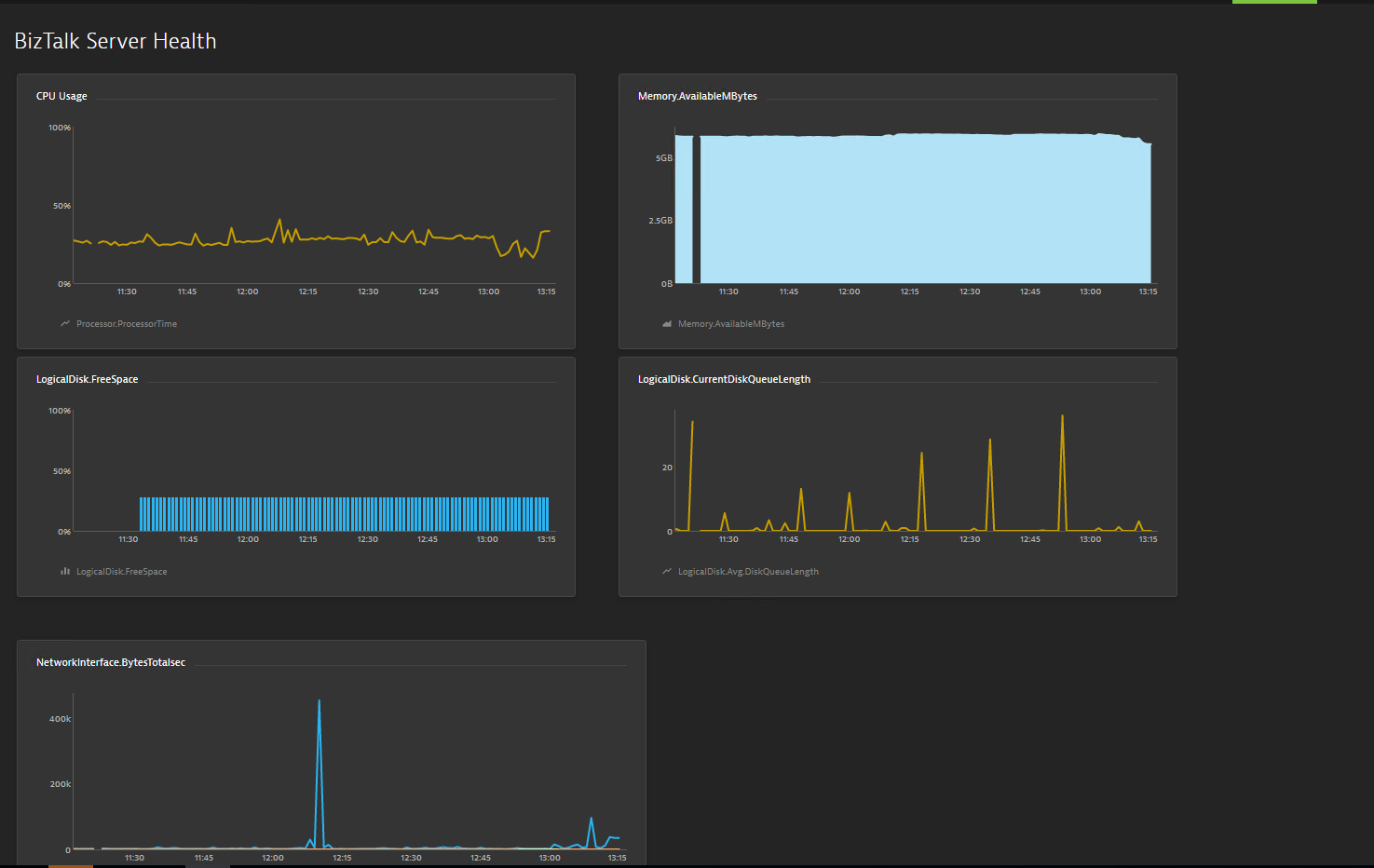